Emil Carafa retired as the principal of Washington School in Lodi and has been actively involved in a variety of educational committees on the local, county, state, and national levels. He has held the office of President on the county and state levels, representing principals, directors, and supervisors on all levels. He has previously served as President of the Board of Directors of NJPSA and has served on the nominating committee for the National Association of Elementary School Principals. He also served as a member Educator Leaders’ Cadre for the State of New Jersey, representing administrators at PARCC (Partnership for Assessment of Readiness for College and Careers) on the national level. Emil, working along with the Educator Leaders’ Cadre from New Jersey, is committed to working with all educators to better understand Standards and NJSLS. Emil was a cohort developer and presenter for the New Jersey Leadership Academy and was named NJPSA Visionary Leader of the Year, Elementary Level Principal, in 2015. He is a member of the Executive Board of Learning Forward New Jersey. Emil is an adjunct professor at Felician University in their graduate division for Education. 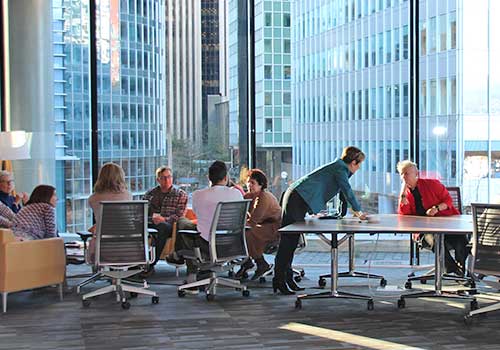 Excellent teaching and learning every day.

Learning Forward builds the capacity of its members, clients, partners, and staff to establish and sustain effective professional learning.

Network with colleagues, enjoy collaborative professional learning, and increase your leadership capacity with these upcoming events. Learning Forward conferences give evidence-based research and practical strategies to empower you and your peers to achieve excellent results.

Search our repository of resources on developing leader capacity for building high-quality professional learning systems that lead to Hundreds of learning, teaching, and leadership titles will inspire you, expand your knowledge, and help you develop the skills to support student success.

Network with colleagues who are enthusiastic about improving their skills, staying up to date on the latest knowledge and trends, and building leadership capacity.